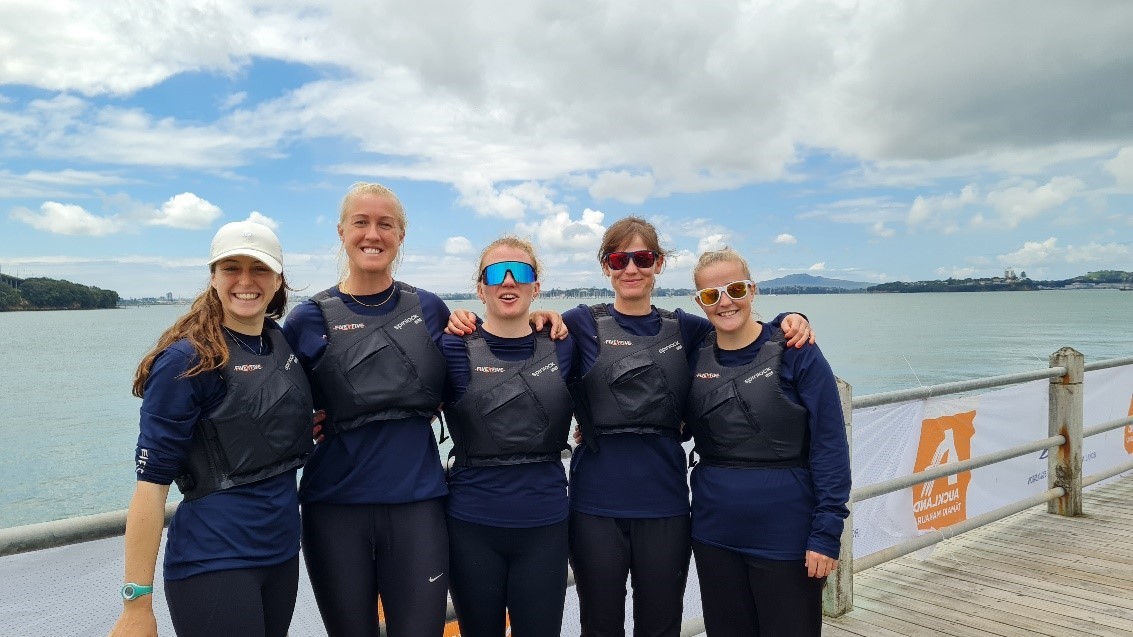 Our girls arrived in New Zealand a few days before the start of the competition. They had a couple of days to recover from jet lag and get ready for the sailing. Thursday 10th was practice day. They were allocated 2.5 hours acclimatisation in the boats - Elliot 7m yachts which are a little like 707s but with an asymmetric spinnaker that can also be goose-winged when conditions suit. RNZYS kindly lent us a RIB so that we could assist the practise session.

The racing started on the Friday 11th. Our team generally had a good day and finished with four wins and three losses in the round robin. Two of the losses were to the first and second seeds (who are very experienced) but they won against the third seed. It was quite windy towards the end of the day and they lost their last race to the NZ No 2 in the last race, to a great extent due to lack of familiarity with the local tides and boats.

On Saturday the early conditions were quite strong early on and after a postponement the course was moved up-river to a more sheltered area. Unfortunately, by the time the racing started the wind had dropped and swung so conditions became a little tricky. Our team started with a win, followed with a loss and were leading comfortably at the last mark of the last race but their opponent benefitted from a gust from behind on the last leg and passed in the last moments of the race.

The final day was in lighter conditions with 'must win' races to complete. They came second in the first race (unfortunately there were no bad teams) and in the second they faced the NZ No 1 Celia Wilison young and able. Although they led at the windward marks, inexperience with an asymmetric kite downwind resulted in being second at the finish. That left the last race where a win would still give them a chance of qualifying for the quarter finals. They won the start, they led at the first mark and were well ahead at the last. Sadly, the weather gods were not on their side and the wind died and reversed shortly before the finish and their opponent slipped by. As a result they did not qualify for quarter finals.

Although hugely disappointed with their result it was a great learning experience. Hopefully they can retain their momentum, move on and fine tune winning those close races and adapting to circumstance as conditions dictate. Next year brings a new set of exciting World Match Racing venues so hopefully we can see them perform to their potential.

The prizegiving was a very pleasant event. As visiting Royal Forth Yacht Club Vice Commodore, Sarah Robertson presented a RFYC pennant to Andrew Aitken Commodore of the Royal New Zealand Yacht Squadron. (See photo. Although it looks as though Andrew is presenting Sarah with the Americas Cup, please note the pennant in the presentation bag).

The event was extremely well run by RNZYS. The sailing areas were close to the clubhouse which made for great spectating and allowed an appreciation of some fantastic sailing. We are now match racing converts, particularly when you can watch from the bar.

Print or download the report via the 'downloads' link below
Images below, top: Sarah presents the penant (with the Americas Cup behind), bottom: The Team in the Elliot 7 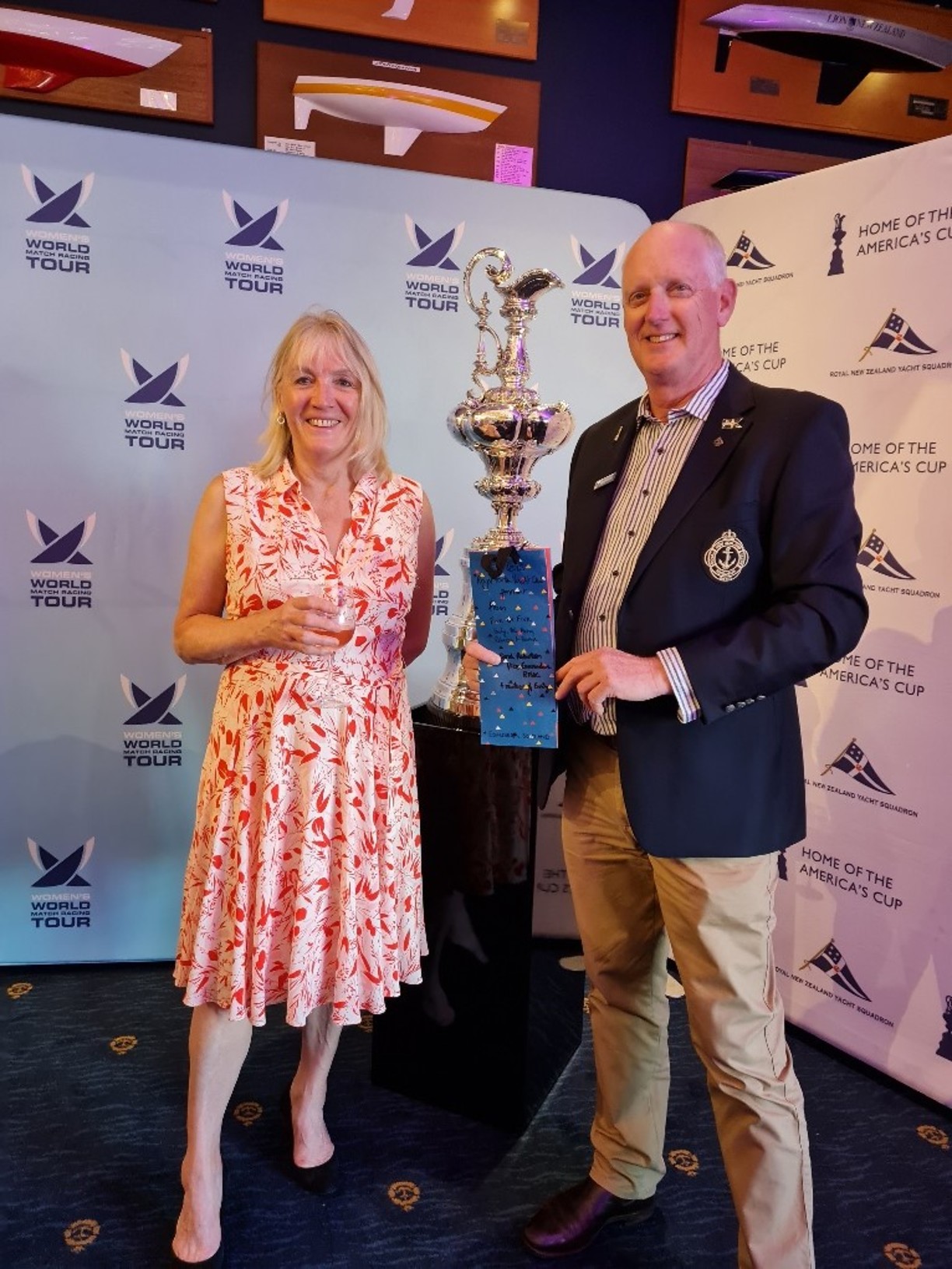 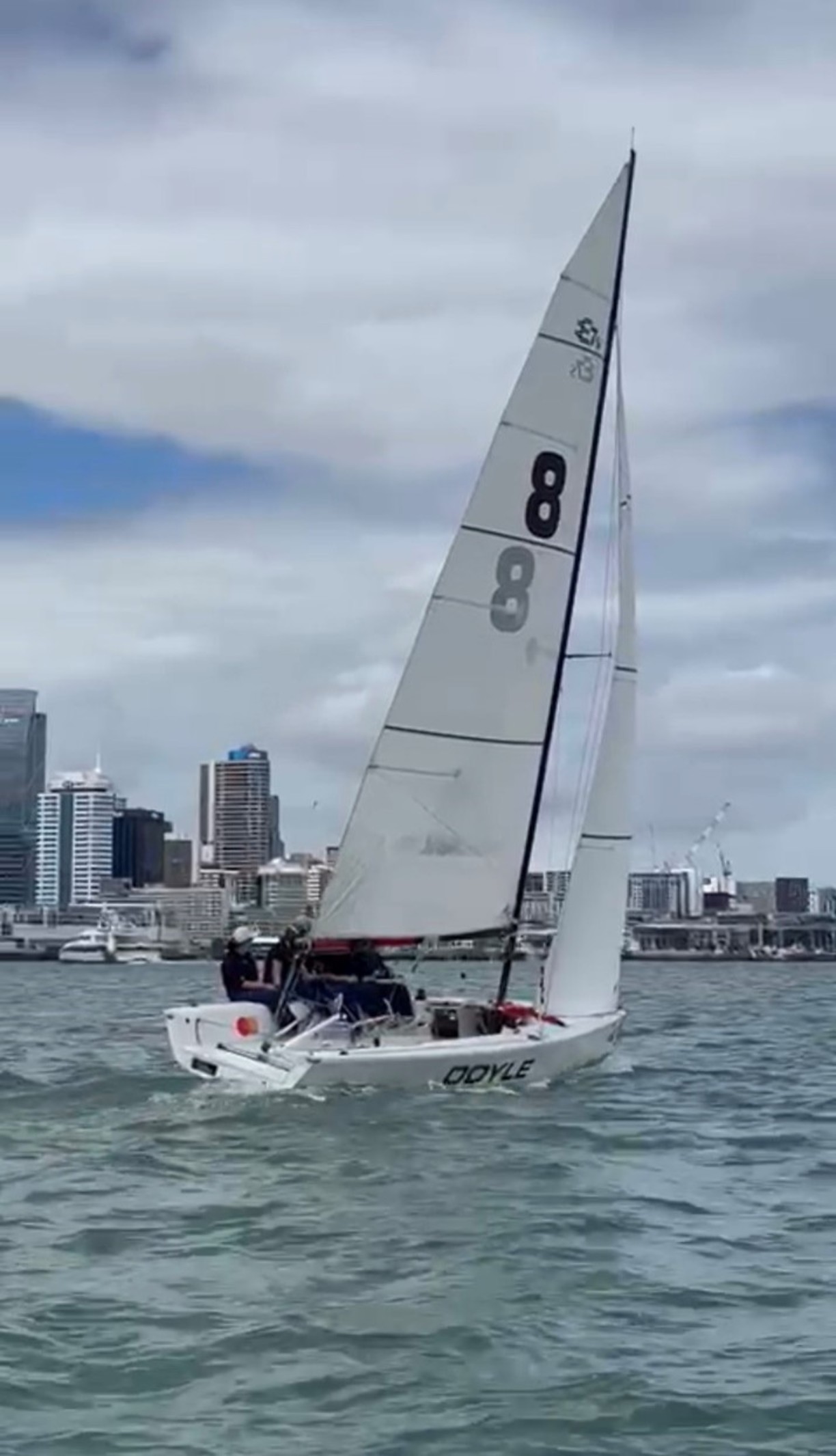