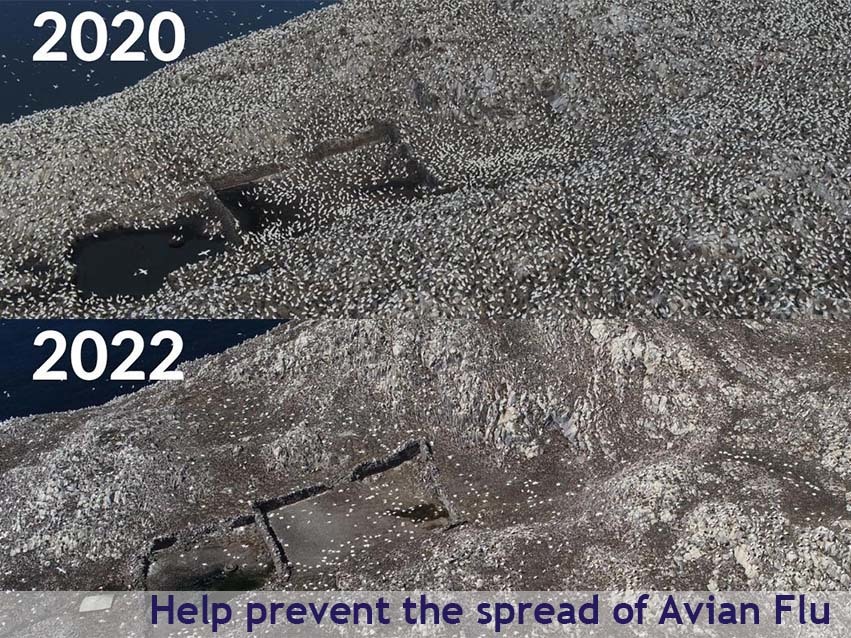 As you may have read in the press, there is a serious outbreak of bird flu (H5N1) in seabird colonies in Scotland and large numbers of birds have died. We have been asked by NatureScot to help in two ways:

Many are in locations where landing is not possible. However, the following are places where a landing might be made from a boat and you are asked not to do so this year:

The reason for avoiding sea bird colonies is that this reduces the risk of additional stress on already vulnerable birds. We like to take photographs of puffins but please do not try to do so this year. If a dog needs to go ashore at one of the islands then keep it on a leash.

NatureScot has issued guidance for site managers that includes fuller information for visitors. There is also more general advice.