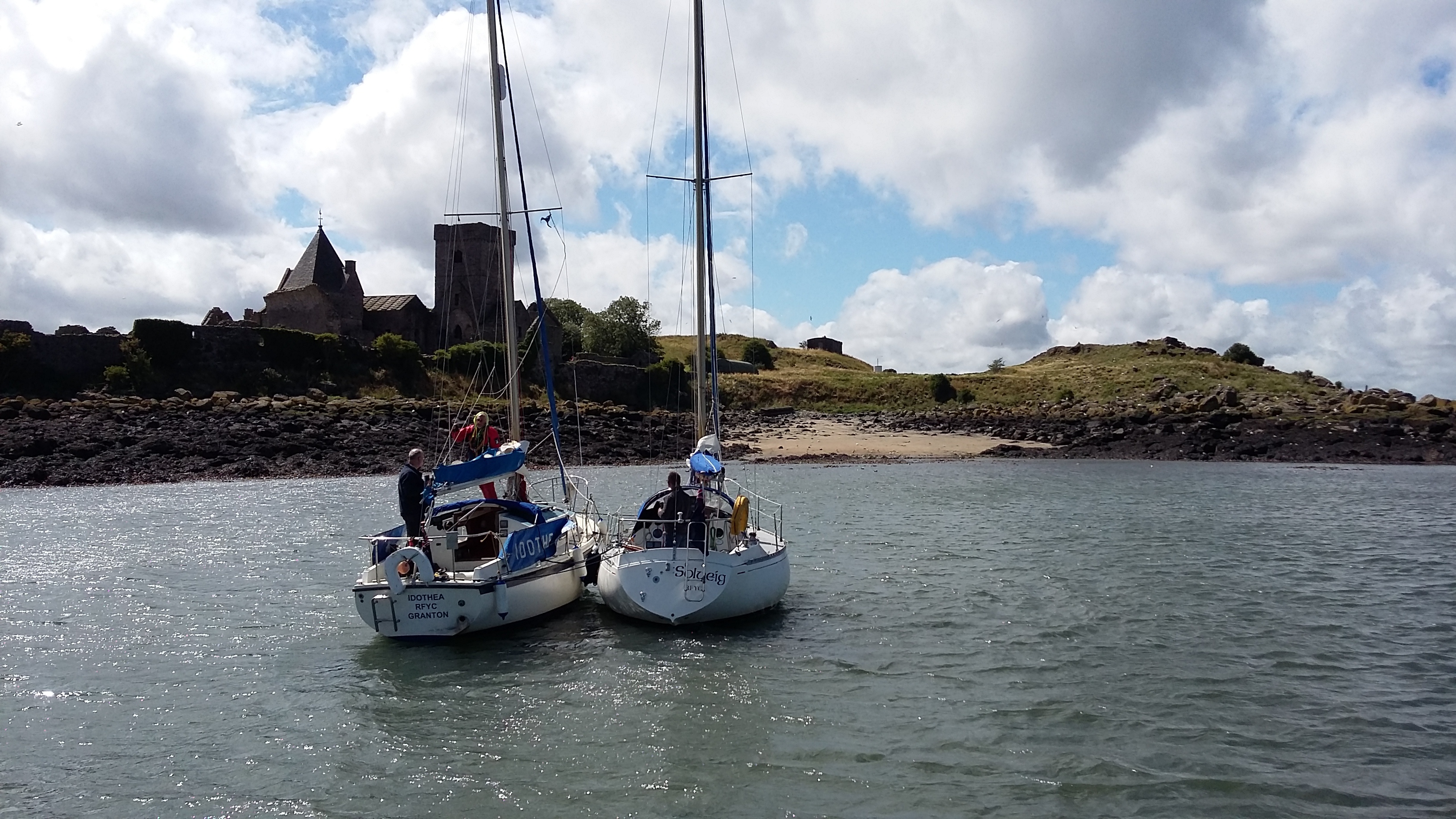 With the first 'C in C' having been cancelled due to an excess of wind, hopes were high for the second event of the season, which was to be held over a falling tide. Five skippers and crews met on the club patio to discuss options for the day. Yachts represented were: Hoodlum, Idothea, Myrene, Solveig and Tidecatcher.

With a constant south westerly 20kts+ forecast for most of the day, and with the tide falling, our options were limited, but we decided to head upriver to Port Laing, with the option of retreating to Inchcolm Bay if conditions were too challenging for the bilge-keelers!

The wind direction was such to allow Tidecatcher and Solveig to pass south of Inchmickery and they enjoyed a lively sail up to Port Laing. At that point VHF communication was made with the rest of the fleet and the decision was taken to congregate at Inchcolm.

No sooner had TC and Solveig turned east however than a heavy north westerly squall came through, driven by a 30kt wind, which sent us scurrying eastwards to Inchcolm where all 5 boats anchored safely (well almost)!

The fleet was suitably entertained by Hoodlum, which attempted to display to the watching group the technique of dropping anchor whilst still under sail ! Hoodlum's antics led to great mirth until those watching horrified from the deck of Tidecatcher happened to observe that Hoodlum was still sailing (with the anchor now holding) straight for her stern. With admirable agility the crew of TC managed to fend Hoodlum off and disaster was averted. The cause of Hoodlum's distress was a jammed jib roller which had prevented full furling of the genoa. It certainly caused some problems because even with only a small amount of sail exposed, the boat still wanted to drive!

With the panic over, the fleet settled down to enjoy, for a couple of hours, the peace and tranquillity of Inchcolm before enjoying a lovely 'reach' back to Granton.

The next C in C is planned for Sunday August 16th, meeting at the club at 10am. Watch out for further info. in due course. 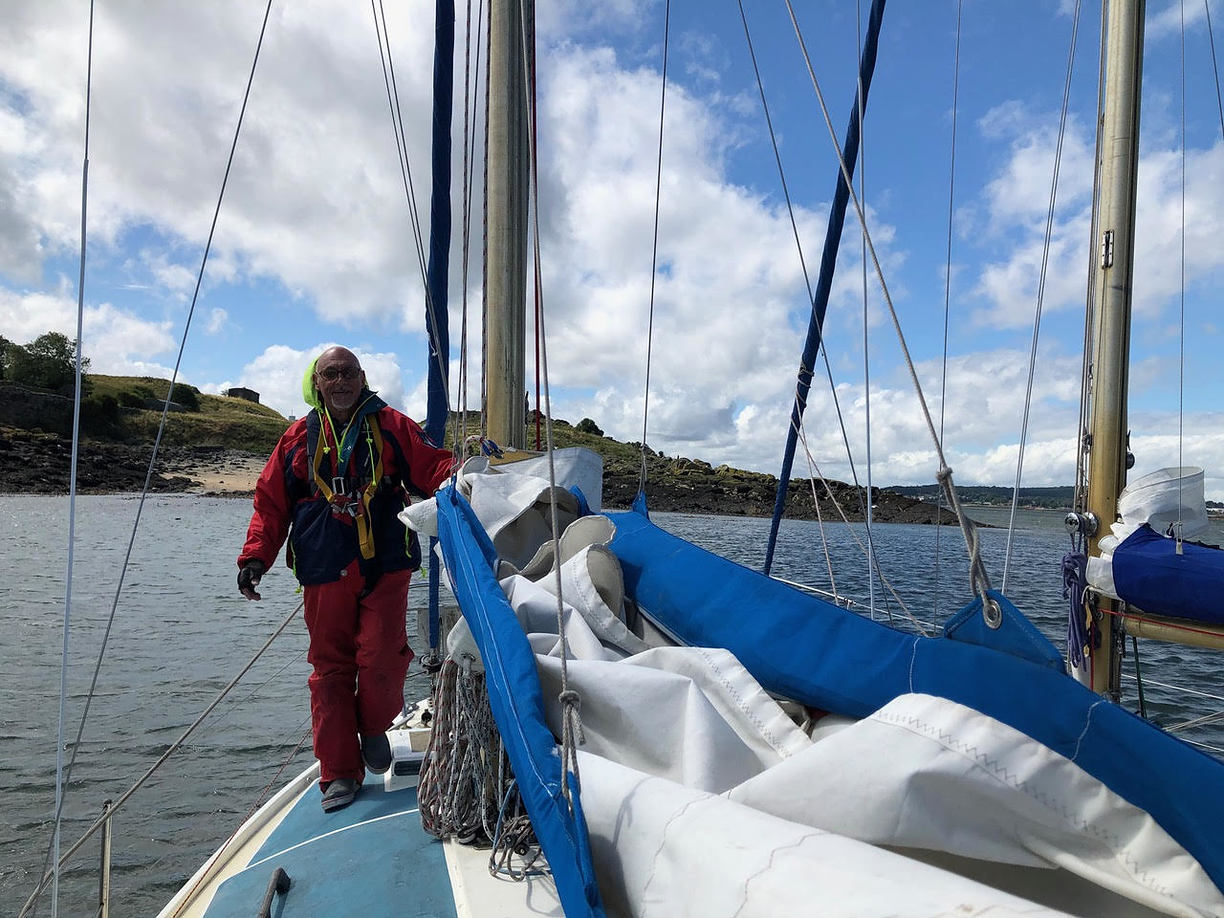 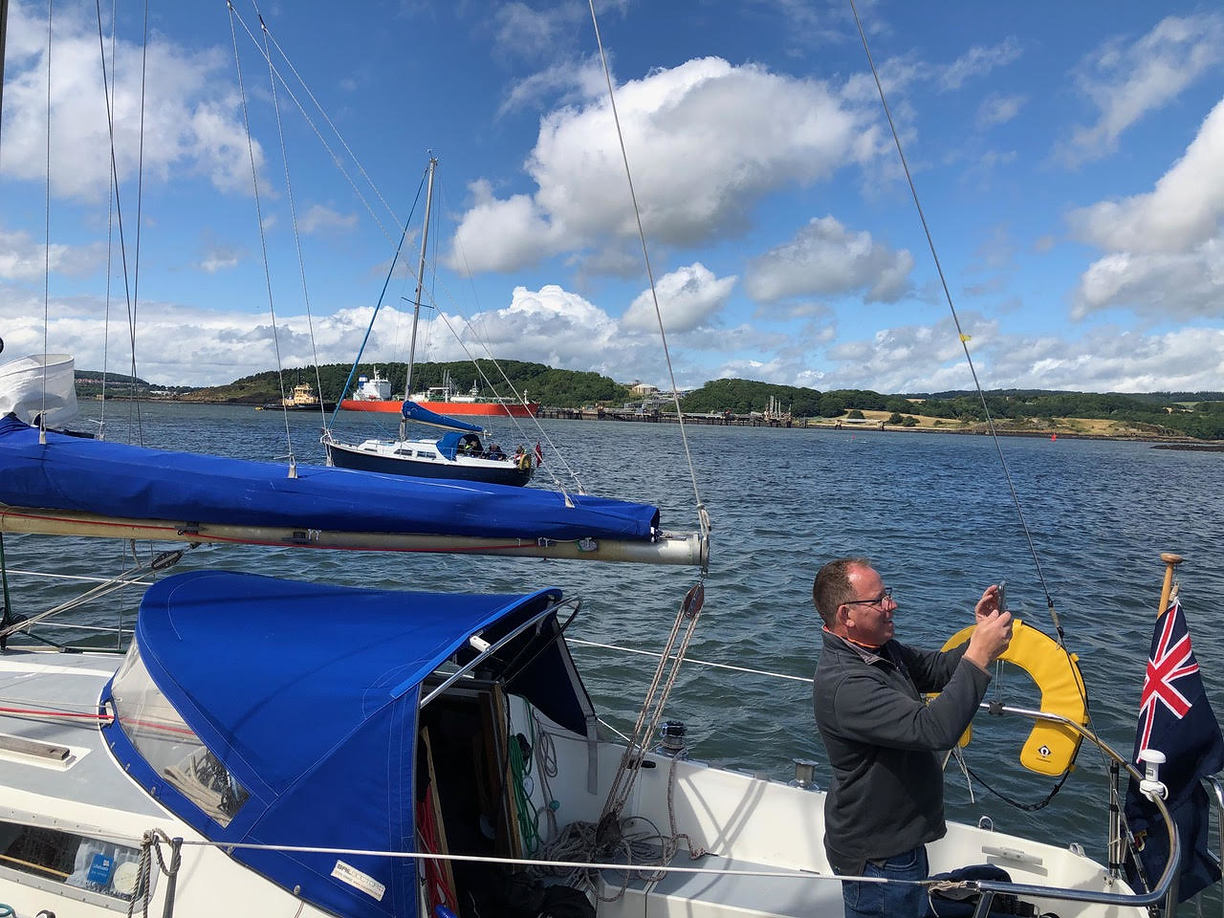 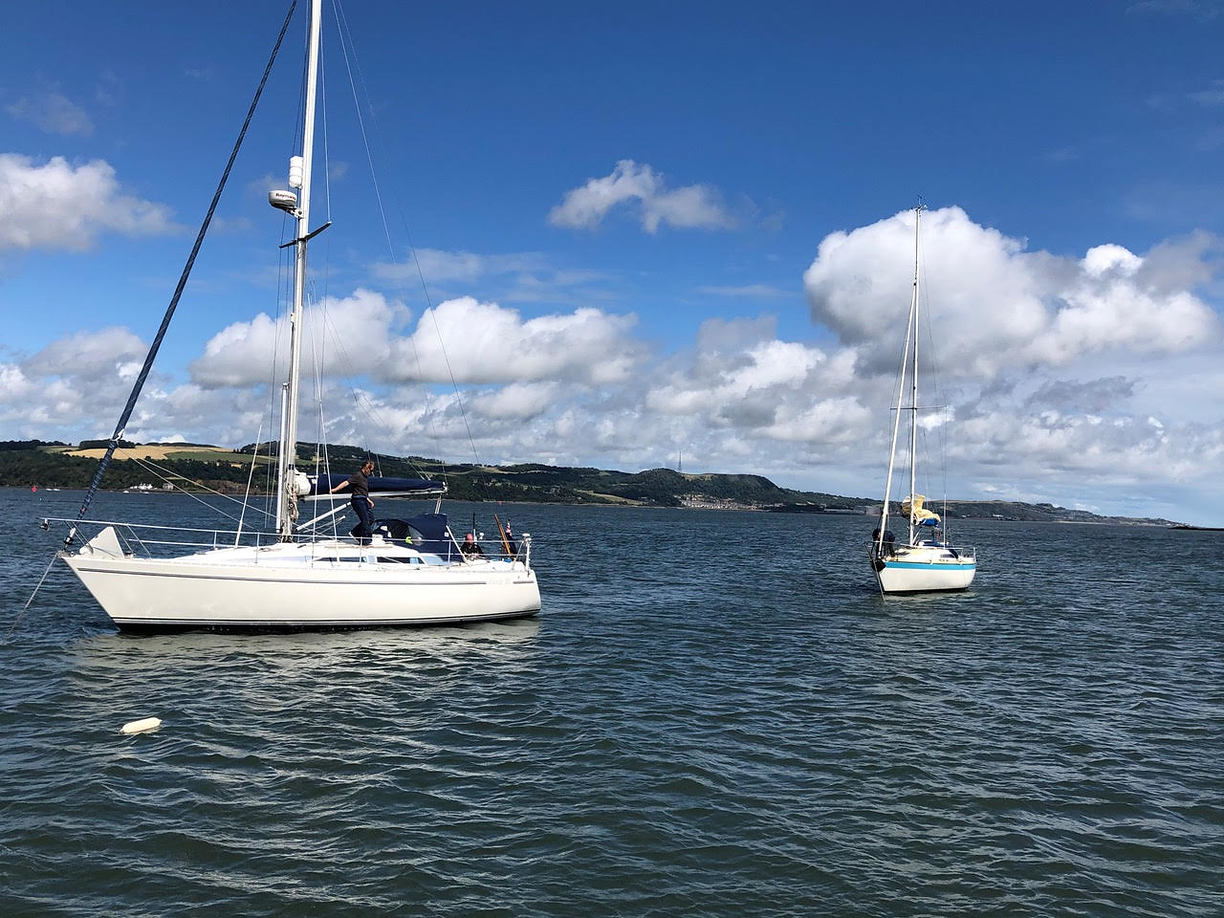 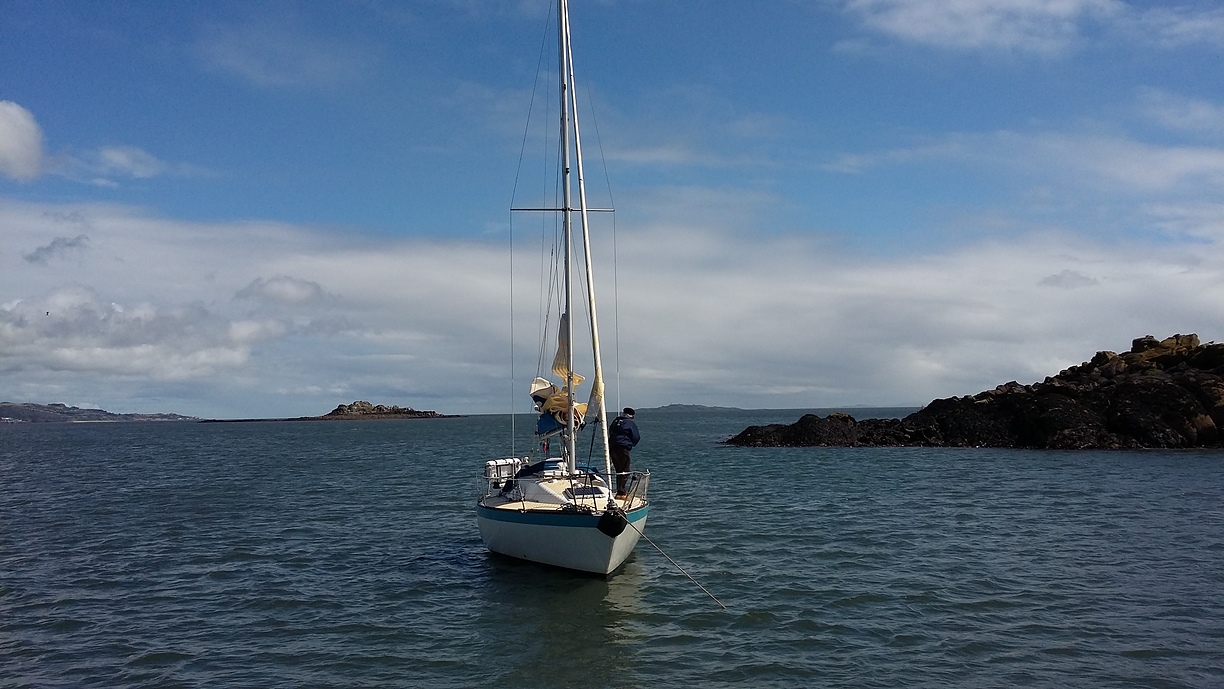 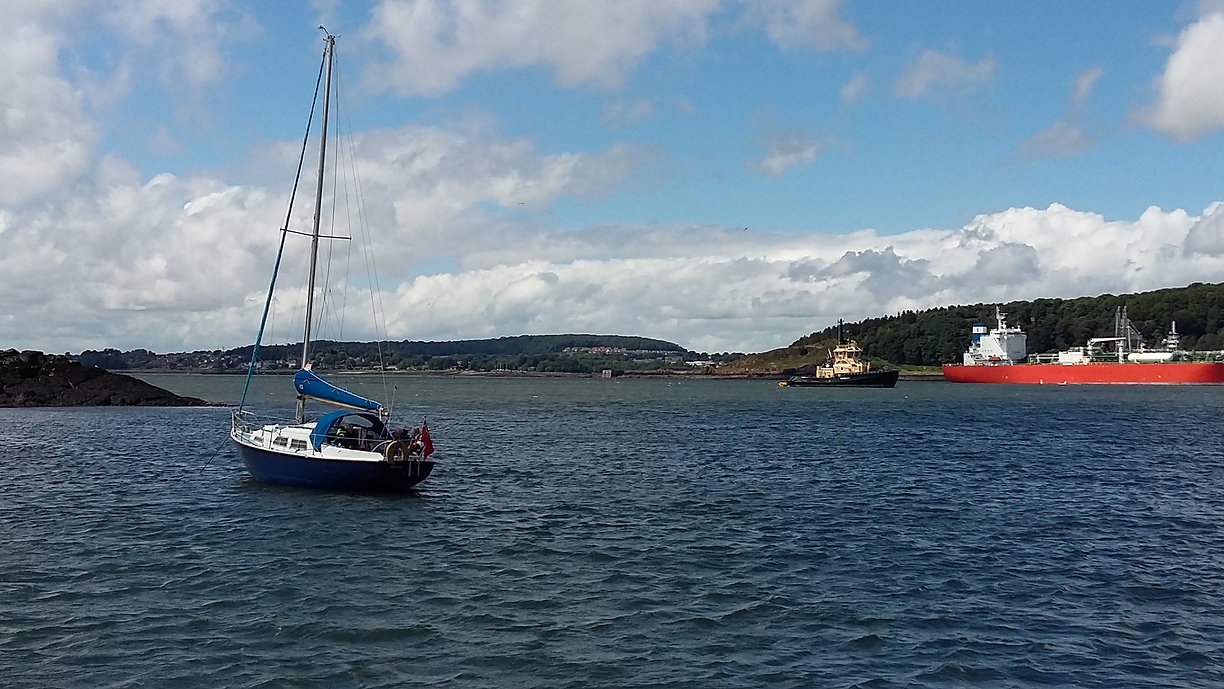 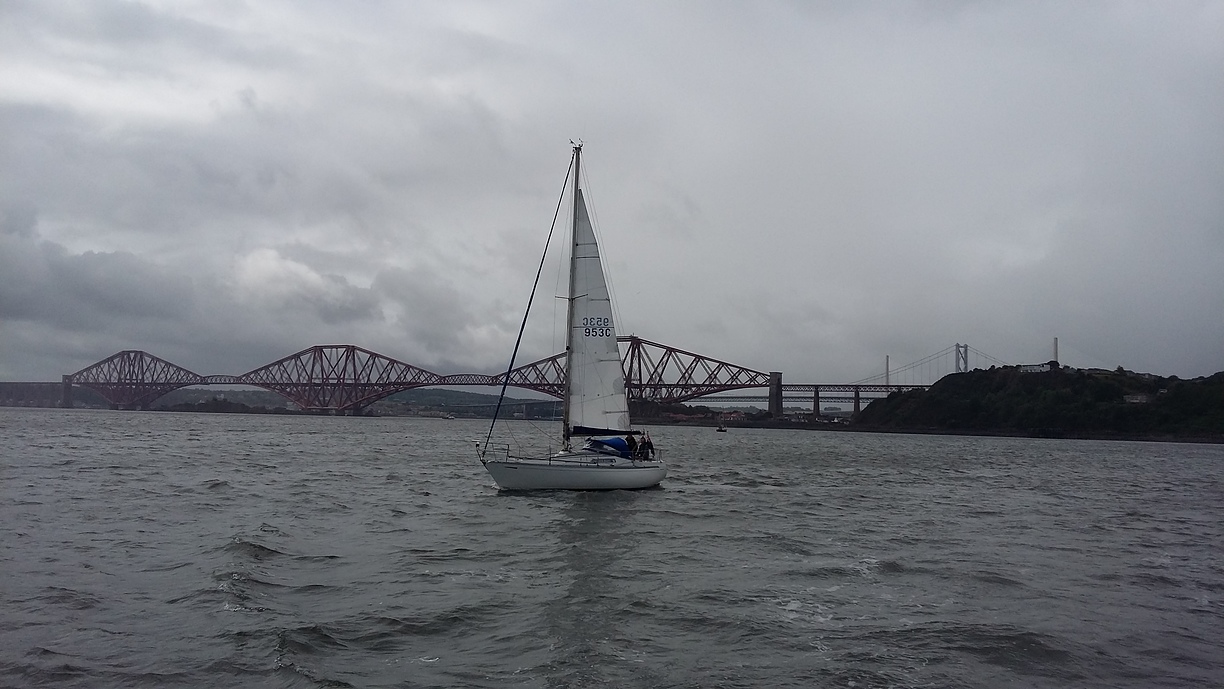