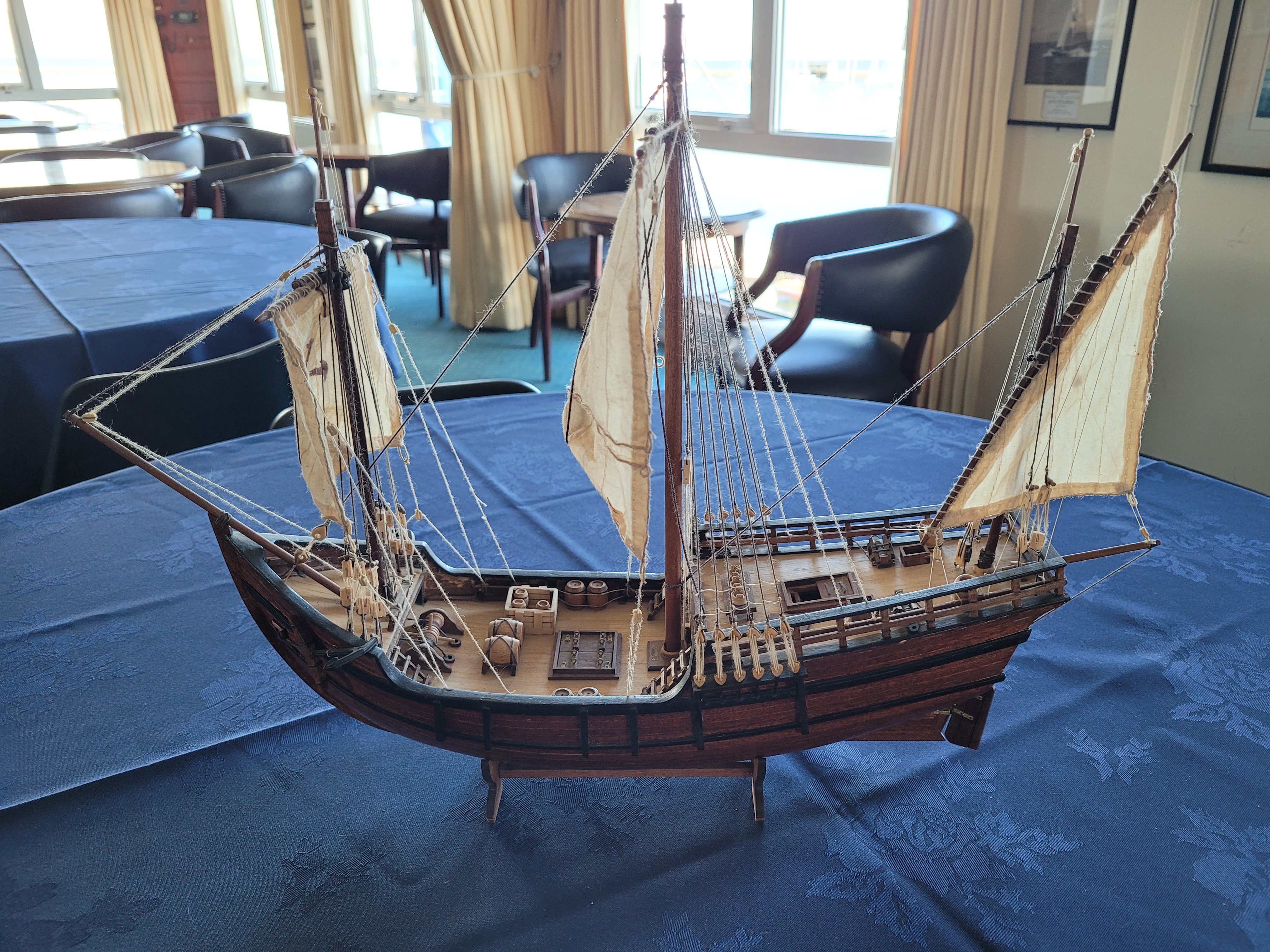 La Niña (Spanish for The Girl) was one of the three Spanish ships used by Italian explorer Christopher Columbus in his first voyage t the West Indies in 1492. As was tradition for Spanish ships of the day, she bore a female Saint's name, Santa Clara. However, she was commonly referred to by her nickname, La Niña, which was probably a pun on the name of her owner, Juan Niño of Moguer. She was a standard Caravel-type vessel.

The other ships of the Columbus expedition were the Caravel-type Pinta and the Carrack-type Santa María. Niña was by far Columbus' favourite. She was originally Lateen sail rigged Caravela Latina, but she was re-rigged as Caravela Redonda at Las Palmas in the Canary Islands, with square sails for better ocean performance. There is no authentic documentation on the specifics of Niña's design, although Michele de Cuneo, who accompanied Columbus on his second voyage, mentioned that Niña was "about 60 Toneladas" (60 tonnes), which may indicate a medium-sized Caravel of around 50 feet (15m) in length on deck. Often said to have had three masts, there is some evidence she may have had four masts.

This model has been made by Graham McCallum of Bo'Ness. The kit alone cost £190. 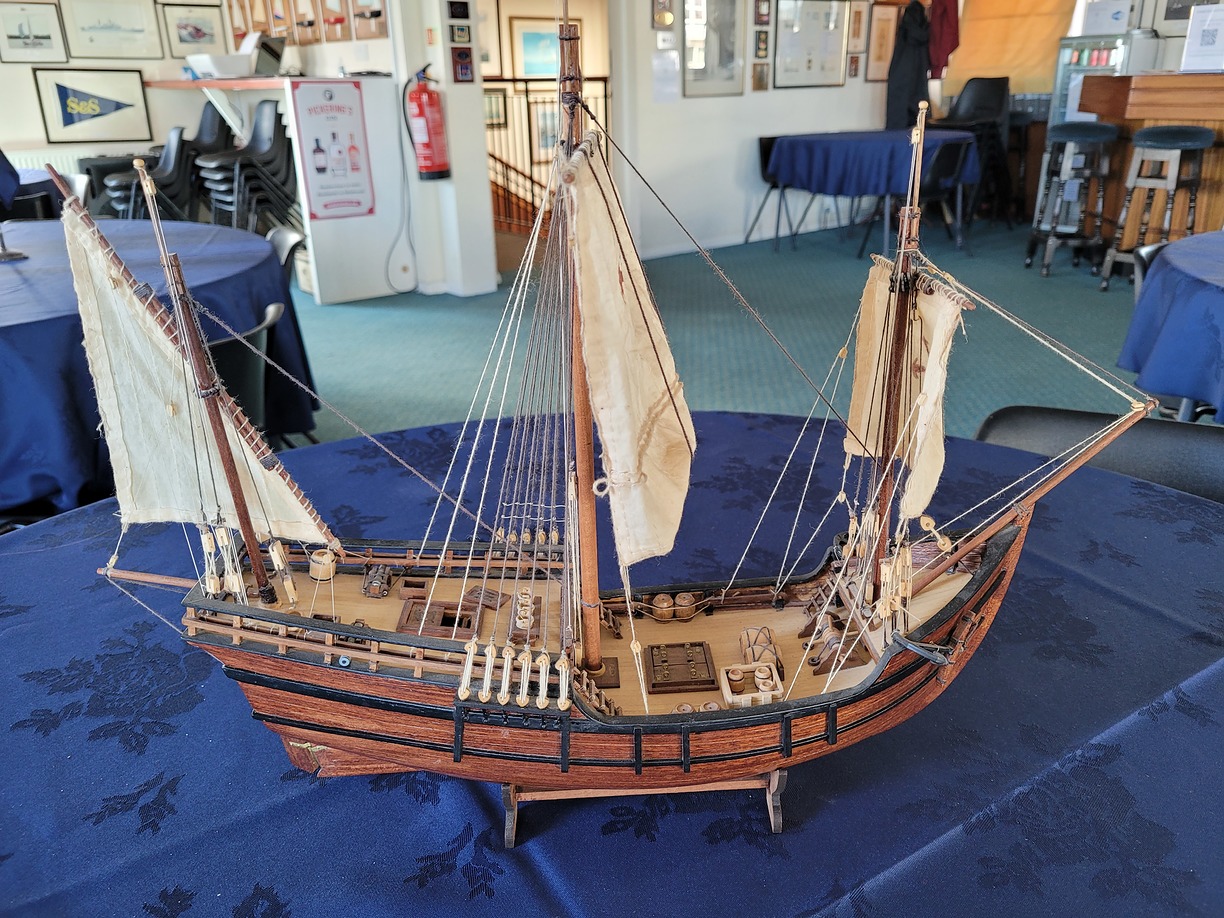 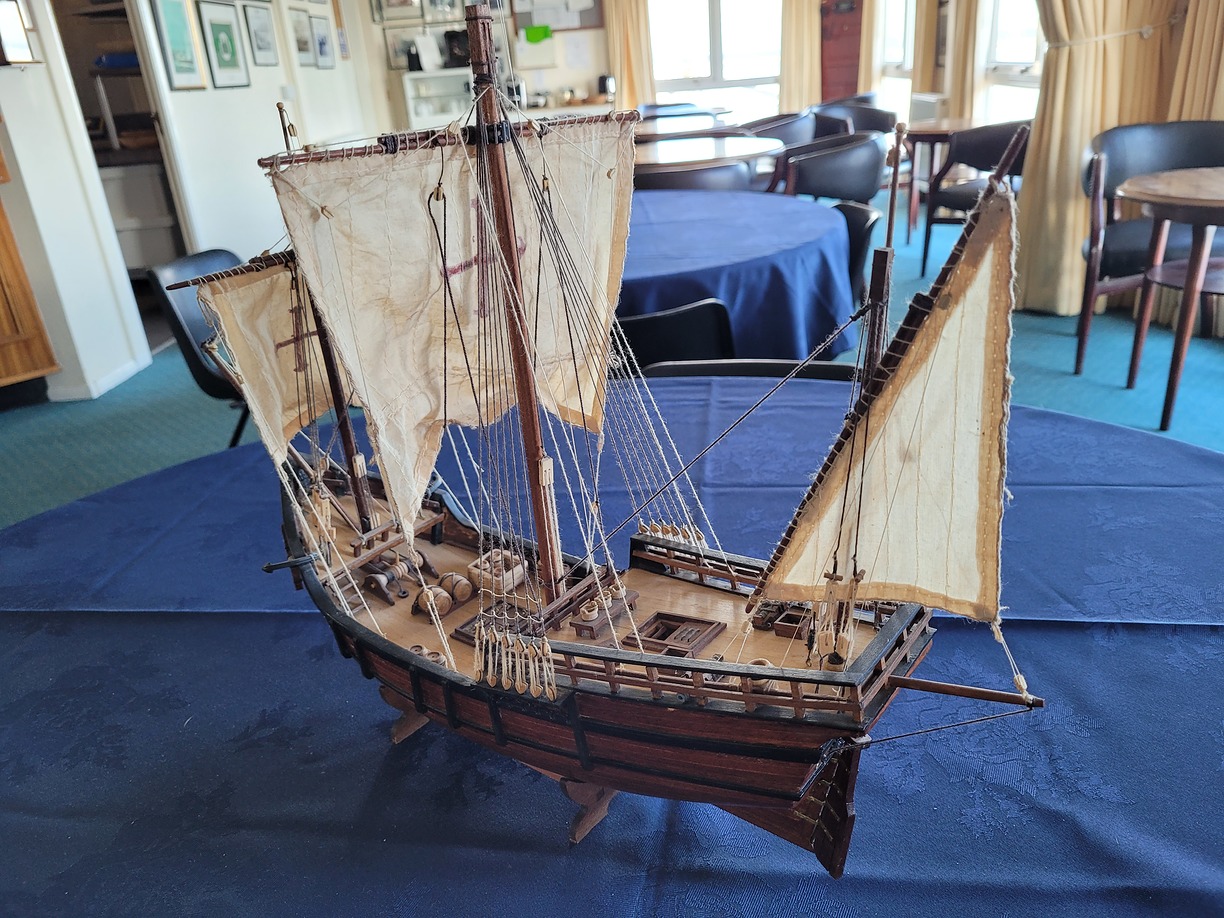 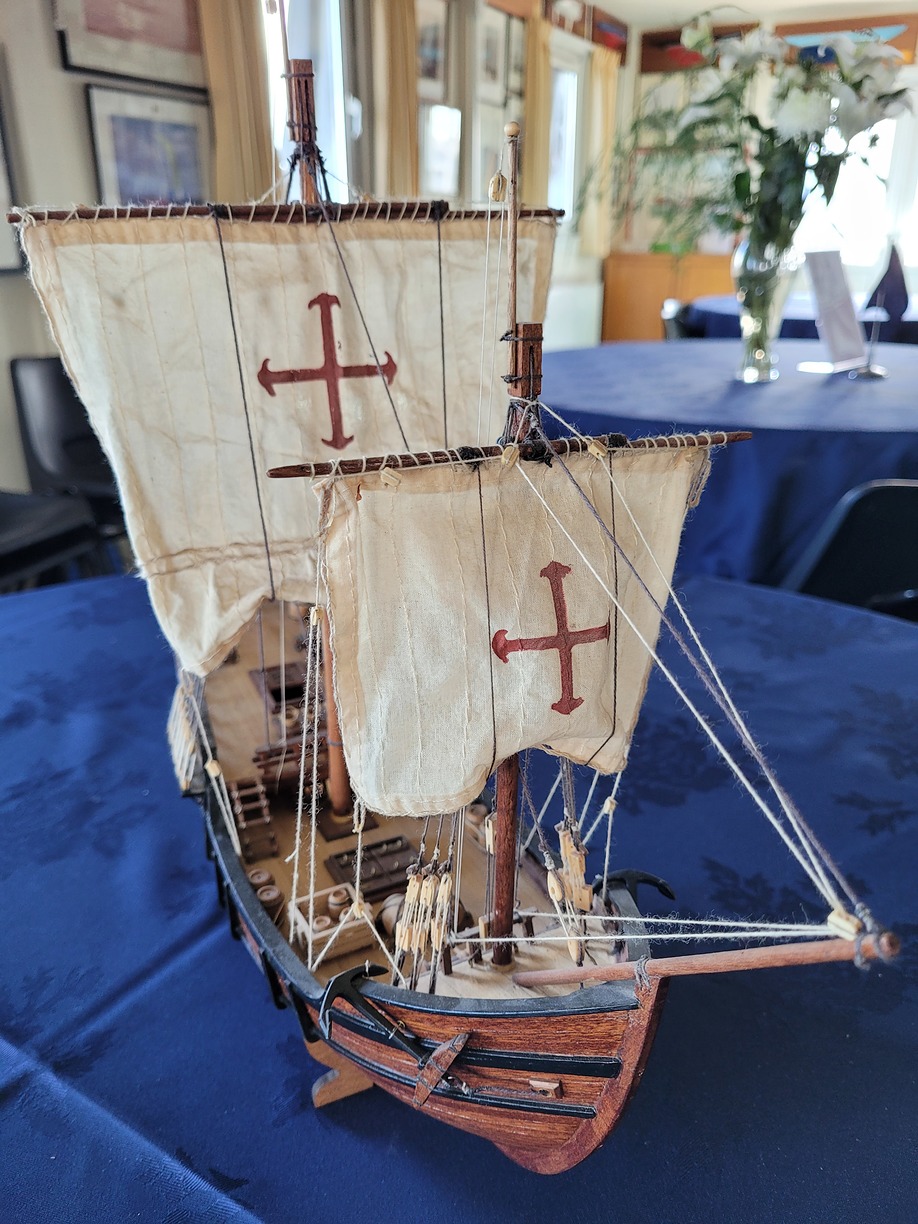