A day in the life of ... a Day Skipper Practical 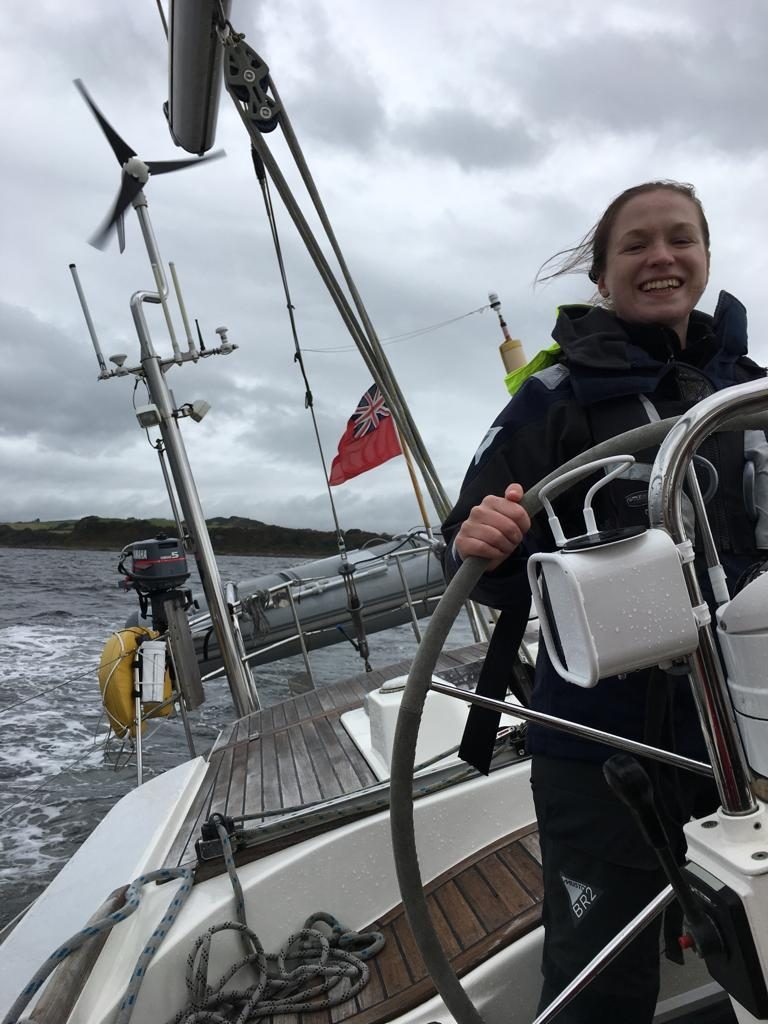 Louise writes about her experience completing a Day Skipper Practical course on the West Coast of Scotland.

Have you completed a Day Skipper course? If you have and would like to share your experiences with our audience, please get in touch with the web team who will be glad to help.

Upon arriving on the boat, Stormdancer, tea was served and introductions made before we all received a grand tour of the boat. I was amazed at the huge array of teas and spices on offer; both fridges were fully stocked! This would not be the type of sailing cuisine I was used to although there's a lot to be said for the pies on Solveig!

We talked about springing off the mooring lines and other boat handling skills and, given the light wind, we had plenty of time to practice our skills.

After practicing the use of prop wash to turn the boat without making way forwards or backwards, we were next planning to spend more time practicing mooring up alongside a pontoon before heading back into the same berth at Troon Yacht Haven.

However, during Jacob's manoeuvring, a large amount of what appeared to be white smoke billowed out from our stern.

"Steve, you better look at this" I said nervously, watching as very little water emerged from where a waterfall usually spouted. Steve explained that it was clear this was steam, not smoke and that we would need to check the engine.

Having already done our engine checks, we were surprised to find that insufficient water was coming through the inlet.

"It must be blocked!" And so the search for a long chopstick-type shaped instrument began.

'Chopstick' in hand, I jumped at the opportunity to prod at the water inlet of our poorly engine and just a few seconds later something distinctly squishy was dislodged and the water came gushing up once more. Success!

Now we could all relax with a glass of wine and some delicious food and guess whether that 'squish' was an unlucky jellyfish or simply an evil turtle-killing plastic bag. 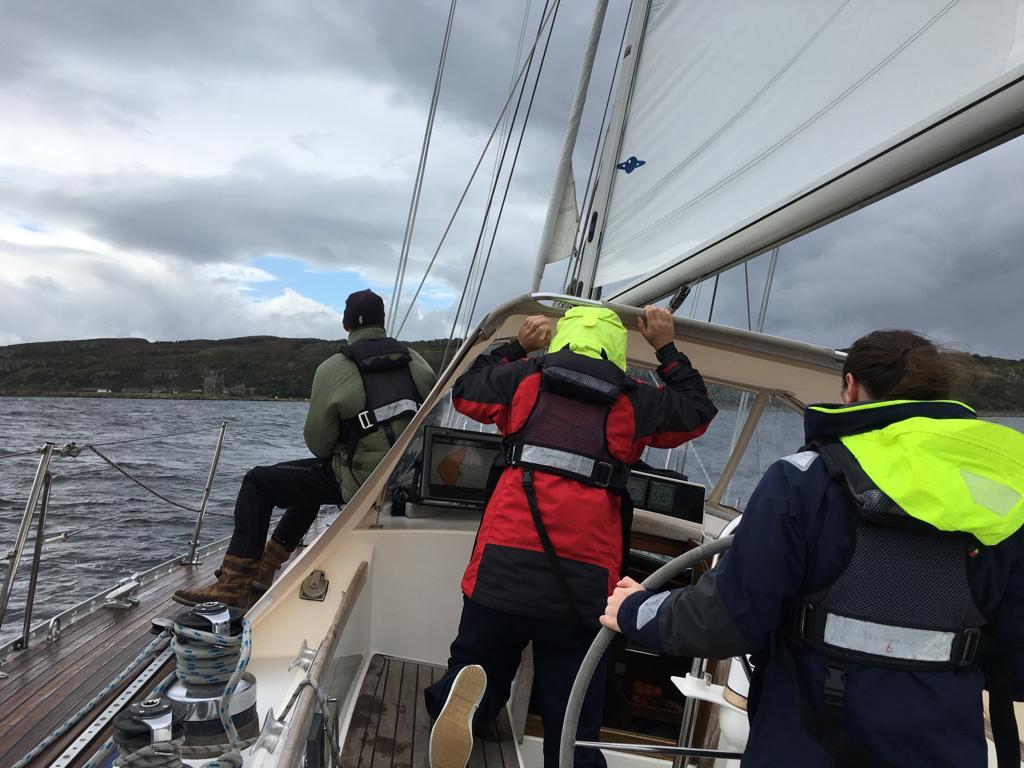 The first passage was to Brodick and we would need a plan to get us to a comfortable lunch stop over on the Isle of Arran.

Although we had a chart plotter on board, we practiced planning with the paper charts, making notes we could carry with us on deck and leaving the charts easily accessible for checking later.

The plan went swimmingly, allowing us a stop in Lamlash Bay to practice picking up a mooring buoy before settling for the night on a buoy in Brodick Bay.

It was time to head to Bute, stopping at Glencallum Bay for lunch. The wind wasn't kind to us and we ended up motoring but there was plenty to keep us entertained as we were told to check carefully for the hidden rock.

Thankfully we didn't quite hit it I'm sure Steve would have saved us but it was a wee bit closer than intended!

After all that excitement, we enjoyed the luxury of another pontoon berth in Port Bannatyne.

Wednesday was the chance to experience night sailing but first there was a chance to practice sailing onto a buoy in light winds, anchoring and ferry avoidance!

Most on the boat had been on board during a night sail but my challenge was to skipper!

First failure thinking I knew things about Caladh Harbour (point A) as we were already there and I'd skimmed the sailing instructions yesterday.

Steve calmly asked; "So did you know about the rock just below the surface over there?"

"Of course, Steve, don't worry we're miles away from it"

But no, I did not. Lesson learned!

We soon began to struggle with the 'navigation lights' we had been following in the distance. That is, until we realised they were actually the headlights of a car driving along the coastline!

I wondered why I kept losing sight of them at least I wasn't the only one! That just goes to show how difficult it is to spot the correct lights in some areas.

The rest of the passage went more smoothly, following actual navigation lights from channel marker buoys and cardinals down to the area of moorings just outside Port Bannatyne.

To finish off a fantastic passage we were rocked to sleep by rolling waves in Kames Bay.

While the others worried I would be cursing the seasickness, I slept like a baby. It seems it is all in my head!

We left Kames Bay and headed to a lunch-time anchorage by Little Cumbrae.

After a great deal of bobbing about and slow-motion tacking, the wind finally picked up on our last day, rather more than I would have liked it to: the windows were given a good salty wash, the decks were soaked and yet it was still smiles all round.

As we arrived back in Troon we took some time to practice coming alongside at the fuel berth.

The blustery approach to our home berth was going so well and I gingerly nudged the boat forwards but I wasn't confident enough and there was an unsettling crash when the boat made contact with the wooden edge of the pontoon But we'd made it!

Some helpful explanation from Steve followed as he calmed me down and then took time to reflect on what we had learnt during the week.

After the usual breakfast spread and 'packing' for me this roughly translates as throwing things into a holdall in a disorderly fashion we cleaned the boat which took only an hour or so with each of us cleaning a different area.

Richard, the chief instructor, arrived to find out how our week had gone over a cup of tea and we were all enthusiastically recounting the Force 6 fun yesterday.

We all filled out our personal log books a total of 95NM! discussed plans for the future and received our certificates.

What a great week and now we can officially charter boats!

With thanks to Steve Scott and the team at New Horizon Sailing School, Troon.